The Art of Falling

For some unfortunate ones their dark moments can be really hard. These hardships can come from many things, be it financial, relationship, career, loss of loved ones, health or for the really bad ones, combinations of several factors.

In the darkest time, life can feel like falling into a dark hole, followed with chains of bad things where life keeps on getting darker and darker, until it becomes so dark even your own shadow doesn’t want to befriend you, yet you keep on falling deeper.

The sadness, unhappiness, discomforts or problems can be caused by a wrong decision, other's action or simple plain bad luck. Falling in life is painful, but if the art of falling is mastered, one can survive to eventually rebound. 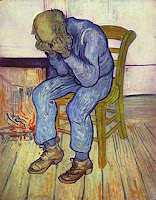 The road to salvation is a dangerous path with pitfalls and dangers lurking at every corner. On the journey, there are things to watch out for and avoid

If everything mentioned above failed, ring me up, and we’ll discuss it over beer while shooting a game of golf. Perhaps together, we can dull the pain and appreciate the comedy of humanity.

Email ThisBlogThis!Share to TwitterShare to FacebookShare to Pinterest
Labels: ComedyOfHumanity

Who Is Surya Cipta?

Surya Cipta is an Indonesian. A professional in the coal industry with experiences in IT, hospitality and entertainment industry.

An MSc in Telematics by education, his love for reading, travelling and continuous learning gave him a wide horizon.

A nerd at heart with diverse interests, from tech and gadgets, to aviation and aeromodelling, travelling, diving, science as well as social issues and watching the comedy of humanity.

His name is actually missing his family name. Being very fortunate to be born to one of Indonesia's prominent family, on this blog, it is intentionally left out as this blog is his personal thinking and viewpoint.

He can be followed and contacted in tweeter @scipta